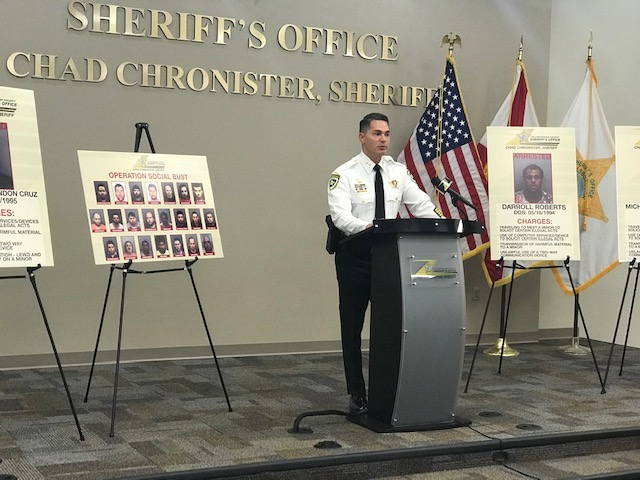 An online chat investigation known as “Operation Social Bust” resulted in the arrest of 22 men who sought out sex with minors. Hillsborough County Sheriff Chad Chronister announced the results of the undercover operation on Thursday, October 8.

“Protecting children from online predators is a responsibility we take very seriously and a steadfast commitment of your Sheriff’s Office,” said Sheriff Chad Chronister.

During the four-day operation, which ran from September 29 through October 2, detectives with the Hillsborough County Sheriff’s Office focused on finding online sexual predators by posing as underage girls and boys on social media.

Among the individuals arrested were two sex offenders.

In September, an undercover detective posing as a 15-year-old girl came in contact with Flor-Adam Brandon Cruz, 24, on social media when Cruz initiated a conversation. Cruz is a high-risk sex offender who is already on felony probation until 2032 for battery on a minor.

Cruz sent text messages describing, in detail, the sexual acts he wanted to perform on the girl. In his messages, he explained to the fictitious teen that he would help her gain experience with sex. Detectives were able to arrest Cruz during a traffic stop in Brandon.

Christian Ramirez, 37, a registered sex offender from Texas now living in Plant City, was arrested on October 1. Ramirez believed he was communicating with a 14-year-old boy online and drove to a location in Riverview to meet up with the teen for sex.

Many of the individuals detectives encountered during the operation traveled to Hillsborough County in an effort to carry out sexual acts.

Darroll Roberts drove from Clearwater On September 29 to meet a who he thought was a 13-year-old girl. While chatting, Roberts, who is 26 years old, told the girl he was 19. When taken into custody, detectives located condoms in his pocket.

“For some of these men, this arrest is not the first time they’ve targeted minors online. This time, they just got caught,” said Sheriff Chronister.

Michael Badillo-Toro, 31, solicited undercover detectives not once, but twice during the same four-day operation. Badillo-Toro was texting two separate juvenile profiles of 15-year-old girls. In both cases, he described the sexual acts he wanted to perform on the girls.

“He thought he got lucky when one of the girls agreed to meet him, but instead of meeting a 15-year-old, he ended up in the arms of our undercover detectives,” said Sheriff Chronister.

One of the 22 individuals arrested is facing a charge of human trafficking for soliciting paid sex with a minor.

Christopher Lalley, 33, offered $125 for a teenager to have sex with him. He traveled from St Petersburg to meet the 14-year-old girl. During his arrest, detectives found cash, condoms, and alcohol in his possession.

“We will continue to run these covert operations and target sexual predators who lurk online,” said Sheriff Chronister. “Our efforts extend beyond enforcement. Education is a critical component of our strategy.”

Sheriff Chronister advised parents to be mindful of what their children are doing online and to frequently monitor who they are talking to on social media.

"When it comes to children being online, there is no such thing as being overprotective,” said Sheriff Chronister. “Take the necessary steps to educate your child to prevent these online predators from taking their innocence.” 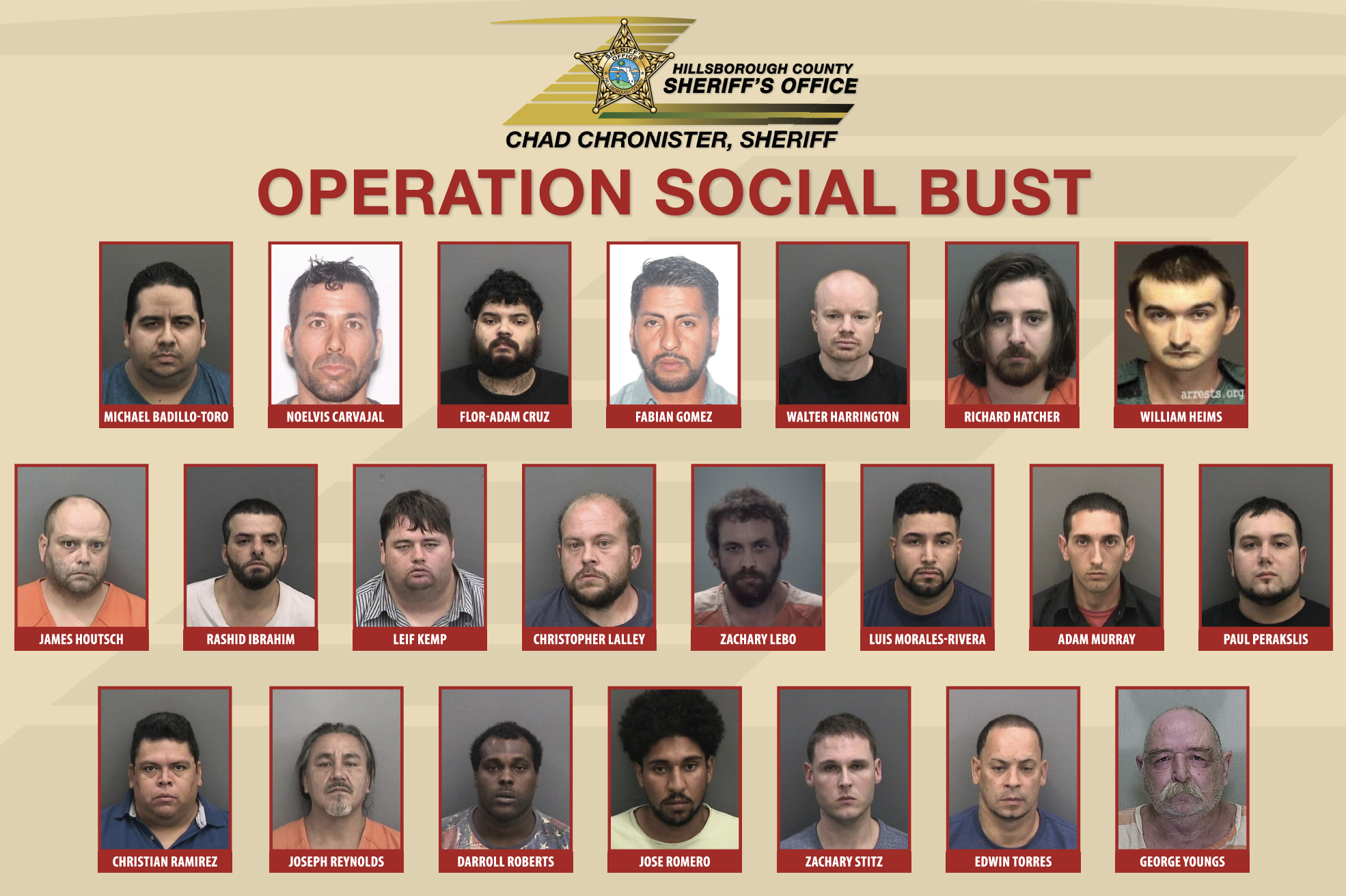