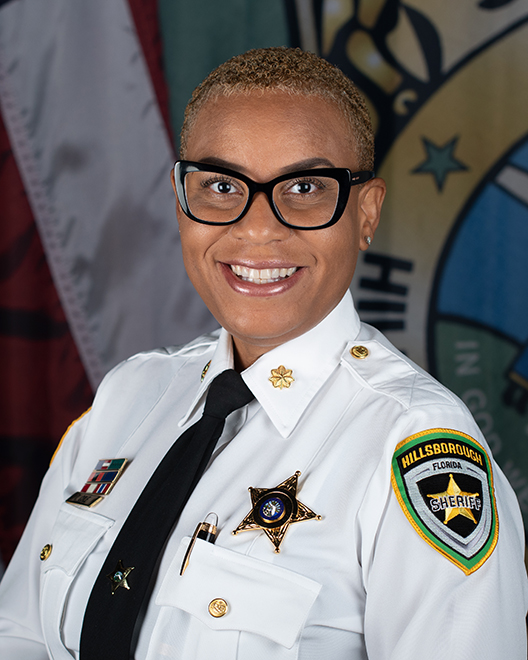 Major Tiffanie Cole is the Division Commander for Jail Division I.

During her 23 year career, Major Cole was assigned to various areas of the Orient Road Jail as a Detention Deputy. She has also served in several leadership and management roles to include Releasing Corporal, Field Training Officer Supervisor, Confinement Sergeant, Records and Classification Lieutenant and Night Watch Commander. As Deputy Division Commander, Major Cole has managed the Orient and Falkenburg Road Jails as well as the Inmate Support Services Division.

Major Cole is a graduate of Florida Agricultural and Mechanical University with a Bachelor of Arts degree in Criminology. She is also a graduate of the 74th Southern Police Institute Command Officer’s Development Course.

Major Cole serves as the Chairman of the board for the Freddie Solomon Boys and Girls Club and has mentored at-risk young girls throughout the Hillsborough County School District. As a leader in our community, Major Cole strives to make a positive impact on those she comes in contact with professionally and personally.

Major Cole has been married for 22 years. She has a teenage daughter, an adult son and a grandson.