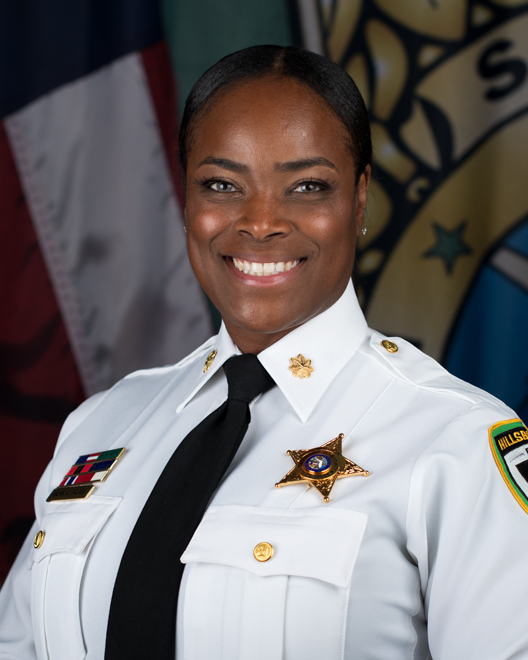 Major Brown is a native of Florida. She was born and raised in Clearwater. She is married, has one son and a step-daughter.

Major Brown began a career in corrections with the Department of Juvenile Justice in 1998. She joined the Hillsborough County Sheriff’s Office in 2002. Major Brown has held various assignments as a detention deputy as well as supervisory positions in releasing, confinement, the Field Training Officer (FTO) Program as a supervisor and FTO Coordinator. Prior to her role as the Deputy Division Commander of Jail Division I, Major Brown was a lieutenant in the Court Operations Division.

Major Brown has a Bachelor of Arts Degree in Political Science from the University of South Florida. She is a graduate of the Southern Police Institute’s 85th Command Officers Development Course. Major Brown is a former board member of the Falkenburg Youth Academy’s Community Advisory Board.