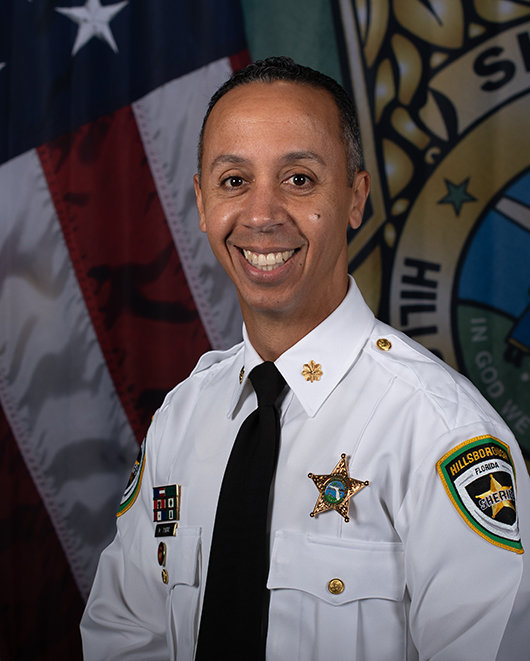 Major Joel K. Rios started his career with the Hillsborough County Sheriff’s Office as an auxiliary deputy in 1986. In March of 1987 he was hired on as a full time detention deputy where he remained until starting the Law Enforcement Academy in 1991.

He has been assigned to positions with patrol, street crimes, and served as a member of Special Weapons and Tactics Team.

Major Rios has a Bachelor of Arts degree in criminology from Saint Leo University. He currently serves on the Executive Board of the Regional Domestic Security Task Force and is on the board for the Pet Resources Foundation. He has lived in Hillsborough County his entire life, is married with a son and a daughter.