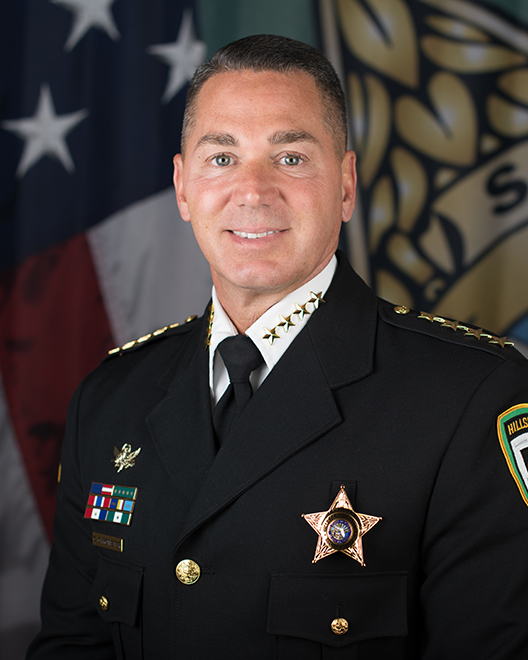 He credits his family, faith and grandfather Jack “Nanu” Bentivegna for instilling his passion and selfless service for others. "Nanu" Jack served his country as a decorated Marine in combat missions at Guadalcanal, Iwo Jima and Guam during World War II. He passed away in 2013, but his spirit and legacy live on.

Sheriff Chronister has earned many commendations. His civic associations include board membership positions with Boys & Girls Clubs of Tampa Bay and Metropolitan Ministries. A native of York, Pa., Sheriff Chronister is married to Nicole DeBartolo and has two sons, Asher and Zack, and two dogs, Cali and Oreo. He enjoys spending time with his family the most.