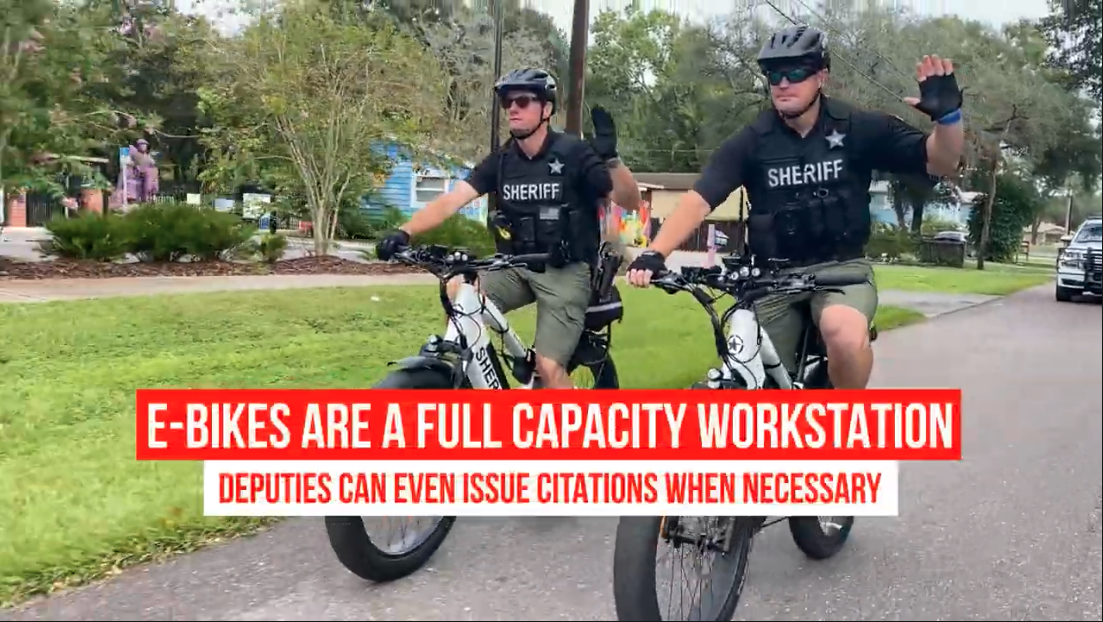 Ahead of the new school year, the Hillsborough County Sheriff's Office Bicycle Response Team is debuting their new electronically-powered bicycles which will be used in part to ensure student safety.

The electronic bicycles (or eBikes for short), from Recon Power Bikes, will function similarly to the agency's Motor Unit. Deputies on HCSO's Bicycle Response Team (BRT) who are assigned an eBike will also have tablet computers, giving them the ability to issue citations during traffic stops. The eBikes will be a full-capacity workstation.

"The only thing that these electronically-powered bicycles won't be able to do is transport arrestees to jail," said Sheriff Chad Chronister. "Not only do they give our Bicycle Response Team a quicker way to get around Hillsborough County, but they will be used during special events like the state fair and on gamedays near and around Raymond James Stadium. The eBikes will also be used on routine patrol and to assist school children who are walking and biking to class by themselves. They are a welcome addition to the BRT, which launched earlier this year ahead of the Super Bowl."

Each bike weighs about 80-90 lbs., has two four-inch wheels, and a small, front-mounted LCD monitor allowing deputies to track their speed, adjust features on the bike, and monitor the total remaining charge on their bike. The battery-powered motor lasts approximately eight hours, and the eBikes can still function as a normal bike once the battery is depleted.

They have the ability to accelerate from 0 to 30 mph within seconds with a maximum speed of 50 mph. The eBikes are military-grade and will be equipped with lights, spotlights, and sirens, just like a patrol vehicle.

"Having eBikes helps our deputies to ride further, faster, and for a longer period of time. Conserving energy is critical for a bicycle response deputy who has to not only arrive quickly to help people but also have the energy to fulfill their duties upon arrival," added Sheriff Chronister.

At this time, HCSO has five eBikes, with the potential for expansion.