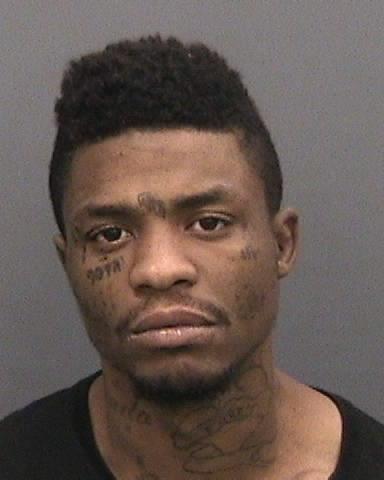 The Hillsborough County Sheriff’s Office has arrested Joseph Edward Williams, 26, for a homicide that occurred on the 8000 block of Ash Avenue in Tampa on March 20. Williams is facing a second-degree murder charge along with resisting an officer with violence, felon in possession of a firearm, possession of heroin and possession of drug paraphernalia. He was previously convicted of two felony offenses including burglary of an unoccupied conveyance in 2012 and felon in possession of a firearm in 2018, in addition to five misdemeanor convictions. Throughout the course of his criminal history, Williams has been arrested for 35 charges in total.

Williams was booked into Orient Road Jail on March 13 for possession of heroin (less than four grams), a third-degree felony, and possession drug paraphernalia, a first-degree misdemeanor. Williams was one of more than 100 inmates released from custody until trial on March 19 following the issuance of Administrative Order 2020-018. The order was drafted in an effort to lower the risk of the spread of COVID-19 within the Hillsborough County detention facilities and to protect the inmates, deputies and civilian staff working within the jails.

Williams was issued a bond of $2,500 for the drug charges and was eligible for release prior to the administrative order. He is currently back in jail on a no bond status.

"There is no question Joseph Williams took advantage of this health emergency to commit crimes while he was out of jail awaiting resolution of a low-level, non-violent offense. As a result, I call on the State Attorney to prosecute this defendant to the fullest extent of the law. Every murder, every violent crime, especially those involving a gun, is a sickening example of the worst in our community, especially at a time when our community is working relentlessly to fight against the spread of this deadly COVID-19.

Judges, prosecutors, and Sheriffs around the country are facing difficult decisions during this health crisis with respect to balancing public health and public safety. Sheriffs in Florida and throughout our country have released non-violent, low-level offenders to protect our deputies and the jail population from an outbreak.

Our commitment as an agency is to keep this community safe and enforce the law.”