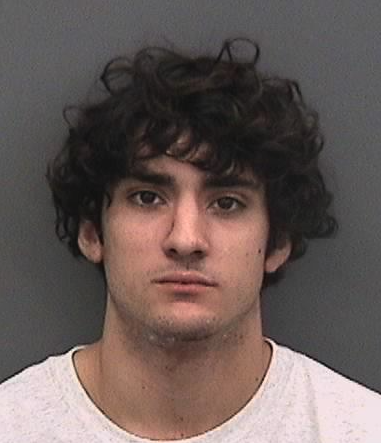 At approximately 2:30 a.m. on July 16, 2021, a blue Hyundai Santa Fe, driven by Taylor Silva, 21, was traveling eastbound on Bearss Avenue East approaching a red light at the intersection at Bruce B. Downs Boulevard. Silva drove onto the median, throught the red light, across the intersection, and struck a tree on the passenger's side of the vehicle.

Hillsborough County Fire Rescue extricated the passenger who was transported to a nearby hospital, and was pronounced dead shortly after.

Detectives suspected Silva may be impaired by alcohol and conducted a DUI investigation.

"This driver's irresponsible decision to drive under the influence caused a person to lose their life," said Sheriff Chad Chronister. "This should serve as a grim reminder, and warning to drivers of all ages of the dangers of drinking and driving. Silva's bad decision led to a tragedy, and he will face the consequences of his actions."

Anyone who witnessed the crash or has information regarding the investigation is asked to contact the Hillsborough County Sheriff's Office at (813) 247-0526.