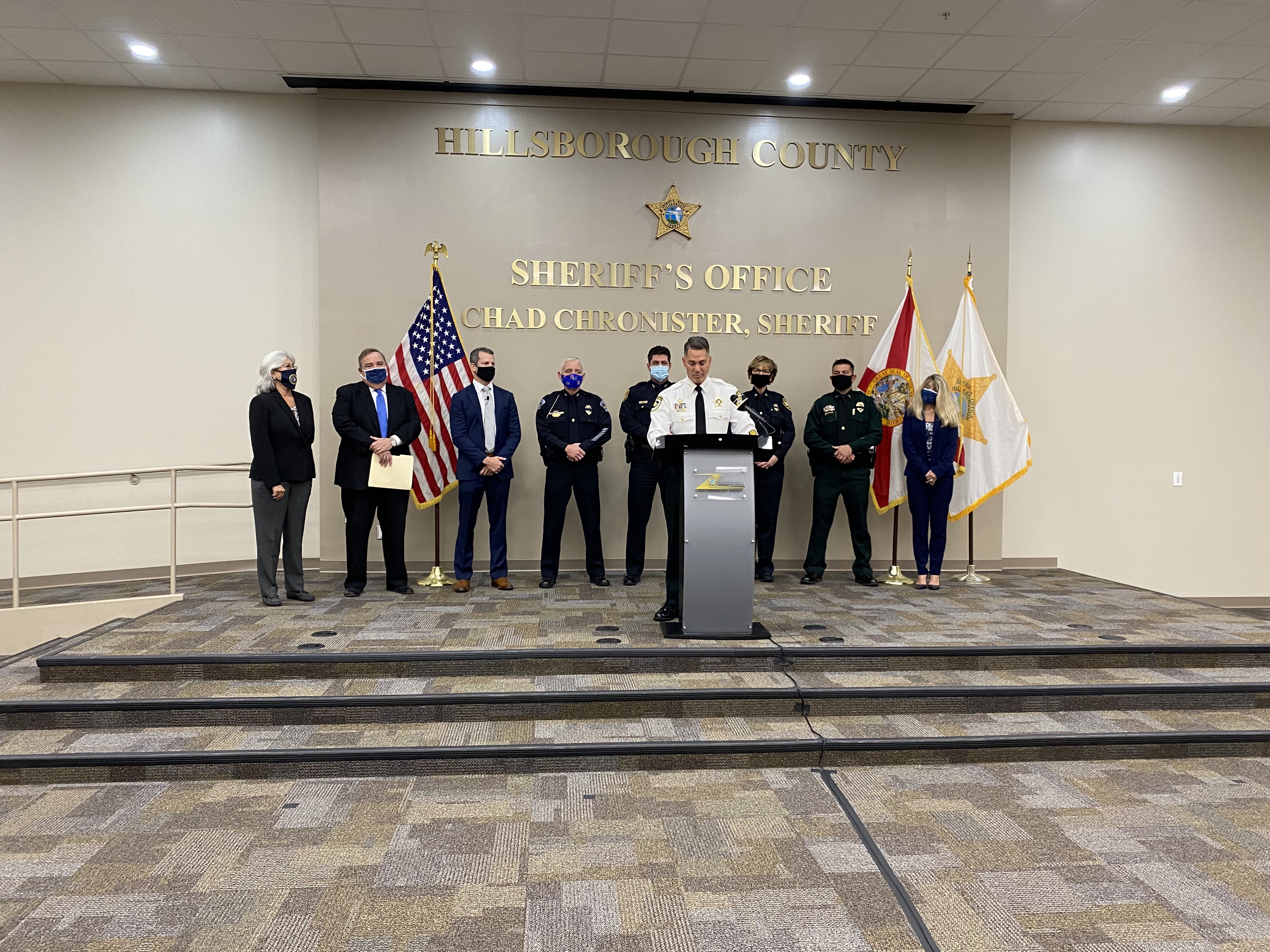 The Hillsborough County Sheriff's Office proudly partnered with local law enforcement agencies and judicial leaders to agree upon a series of changes to the Juvenile Arrest Avoidance Program (JAAP) that took effect September 1, 2020.

Through the JAAP, juvenile first-time offenders who commit qualifying misdemeanors can be issued a civil citation instead of being criminally charged. Juvenile offenders can receive counseling, treatment services, or other appropriate community resources in an effort to address the source of the problem. Overall, the program places emphasis on rehabilitation, helps young people learn from their mistakes, and diverts them from entering the criminal justice system.

"We don't encourage bad behavior, but we understand children and teens make mistakes," said Sheriff Chad Chronister. "At this highly impressionable stage of life, we want to guide them to make better decisions through a more tailored approach. In many cases, an arrest only worsens their troubles and can lead to a life of crime."
The following are key takeaways of the updated inter-agency agreement:

“I am grateful for Sheriff Chronister’s continued leadership and willingness to expand a program that greatly benefits the youth of our community," said Hillsborough Public Defender Julianne Holt. "I appreciate all stakeholders who, through the expansion of this program, realize its value and success as shown by objective criteria.”
Hillsborough County State Attorney Andrew Warren added, “The Juvenile Civil Citation program works. We’re proud to work alongside stakeholders from across our community to keep improving and expanding this program. We’re all committed to a simple but powerful idea — to do all we can to help make sure a child’s first encounter with the justice system is their last."
Since its implementation in 2010, the JAAP has helped to consistently decrease the number of bookings at Hillsborough County's Juvenile Assessment Center. In 2010, a total of 8,433 juveniles were booked. Each year the number has decreased, with a total of 3,528 juvenile bookings in 2019.
“Due to the efforts and ongoing collaboration of our criminal justice partners, more juveniles in Hillsborough County will have the opportunity to avoid the stigma of an arrest," said the Honorable Ron Ficarrotta of the Thirteenth Judicial Circuit. "In the long run, this works to benefit all of the citizens of Hillsborough County.”
Temple Terrace Police Chief Kenneth Albano added, “The changes to our existing JAAP program announced today vividly shows that law enforcement, across our entire county, cares about our kids. It is my sincere hope that these changes will help to expand and improve upon the utilization and success that our previous JAAP program was able to produce.”

While the goal of the JAAP is to increase a juvenile first-time offender's chances of avoiding the criminal justice system, if law enforcement believes there are immediate community safety concerns based on the nature and circumstances of the offense, an arrest may be made in lieu of a civil citation. Nevertheless, the JAAP has given many otherwise good children and teens a second chance to correct their wrongs.

"By ensuring this program reaches its full potential, we are changing the course of thousands of young people's lives," said Sheriff Chad Chronister. "One bad decision should not haunt them into adulthood and prevent them from leading productive and fulfilling lives."