The Hillsborough County Sheriff’s Office is searching for two men who busted a hole through the wall of a Metro PCS Store in an attempt to burglarize the business.

At approximately 5 a.m. on Thursday, February 13, deputies were alerted to a burglary alarm sounding at the Metro PCS located at 4309 Gunn Highway in Tampa. They arrived to find a large hole in the back of the business and no suspects on the scene.

Surveillance video captured two suspects approaching the business on foot at the time of the incident. The same suspects were seen leaving on foot towards Hubert Avenue shortly before deputies arrived. The suspects are believed to have created the hole in the business with a sledgehammer. They fled the scene before getting away with any merchandise.

One of the suspects is described as a white or Hispanic male, approximately 5’9” with a medium build. He has short dark hair and was last seen wearing a red long sleeve Buccaneers shirt, a red bandana around his neck, blue jeans and dark shoes. The other suspect is described as a black or dark-skinned Hispanic male. He was last seen wearing a red Buccaneers hat, a red short sleeve shirt with a long sleeve white shirt underneath, gray sweatpants, red shoes, and gloves.

Detectives are hoping to identify and arrest the burglary suspects with the help of the surveillance video shared on the HCSO Sheriff YouTube account: https://www.youtube.com/watch?v=2-QgFVsc8U0&feature=youtu.be

“It doesn’t matter if these criminals walked away empty-handed. We want to put them in handcuffs to make sure they cannot commit a crime like this again,” said Sheriff Chad Chronister. “Attempted burglary and damaging someone else’s property to commit that crime is a serious offense. We’re hoping someone out there will recognize the men in this high-quality video and turn them in.” 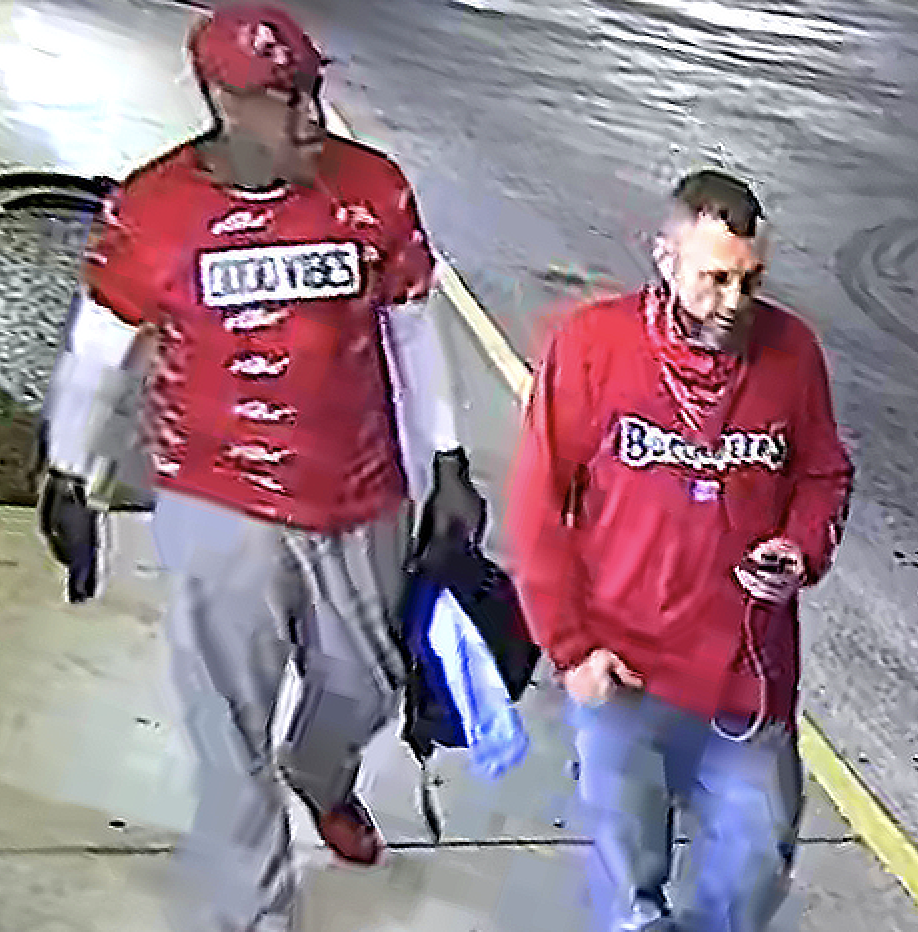