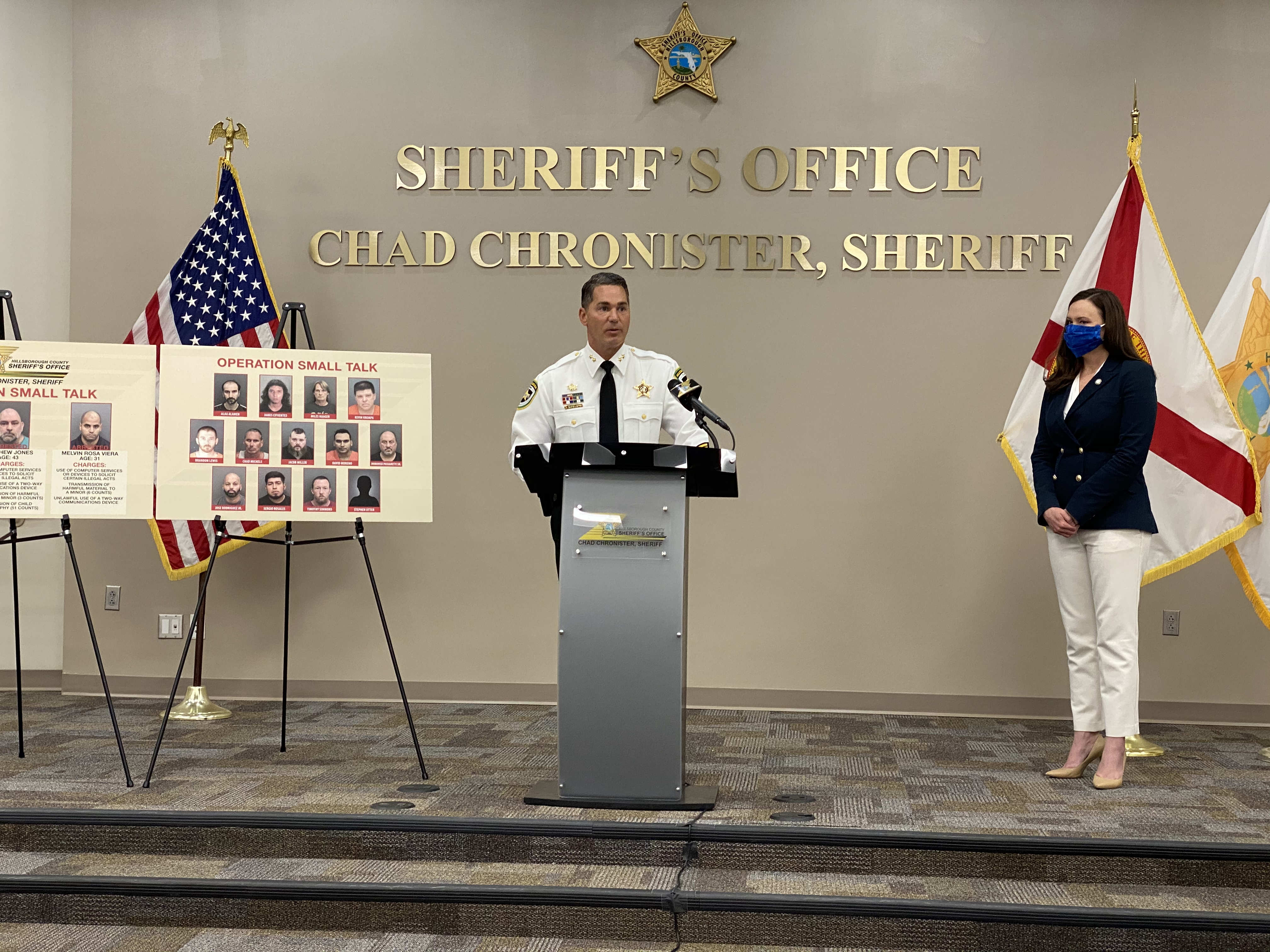 This morning, Sheriff Chad Chronister, alongside Florida Attorney General Ashley Moody, revealed the 16 men arrested as a result of an online chat operation.

From July 28 to July 30, 2020, Hillsborough County Sheriff's Office detectives went undercover during "Operation Small Talk" to pose as minors in hopes of catching sexual predators in the act. They created fake personas to speak with subjects online and on various social media platforms.

"The conversations, text messages and photos from these predators are so graphic, I can't even begin to describe them, other than to say they are repulsive," said Sheriff Chad Chronister.

Those arrested include a registered sex offender, Michael Daughtry, and Matthew Jones, who was charged with 51 counts of Possession of Child Pornography. The list also includes a member of the U.S. Army Reserve, Melvin Rosa Viera, and former Manatee County Sheriff's Office sergeant, Stephen Utter.

"For years, social media has given our children a new platform to talk with and engage people across the globe," said Sheriff Chronister. "Unfortunately, it has also become a place where online predators can hide behind a computer screen. As your Sheriff, I will continue to chase down these vile human beings and put them behind bars, where they belong."

Attorney General Moody's office continues its work with the Hillsborough County Sheriff's Office to take these types of predatory individuals off the streets.

“As Attorney General, I am proud of the work of our Statewide Prosecutors and the Hillsborough County Deputies that resulted in the arrests of these monsters," said Florida Attorney General Ashley Moody. "As a mother, I am deeply disturbed at how many predators are out there—online and in our communities—looking to harm children. Thanks to great police work, there are a few less in our midst today and that should serve as a bold warning to anyone looking to harm a child in Florida.”

Sheriff Chronister would like to thank the following local law enforcement partners for assisting with some of the arrests during "Operation Small Talk":

In addition to HCSO's proactive approach to putting predators behind bars, Sheriff Chronister is reminding parents and guardians to pay attention to who their children are chatting with online. Sheriff Chronister released a Public Service Announcement (PSA) highlighting the ways they can safeguard their kids from potential predators. The PSA can be viewed here. 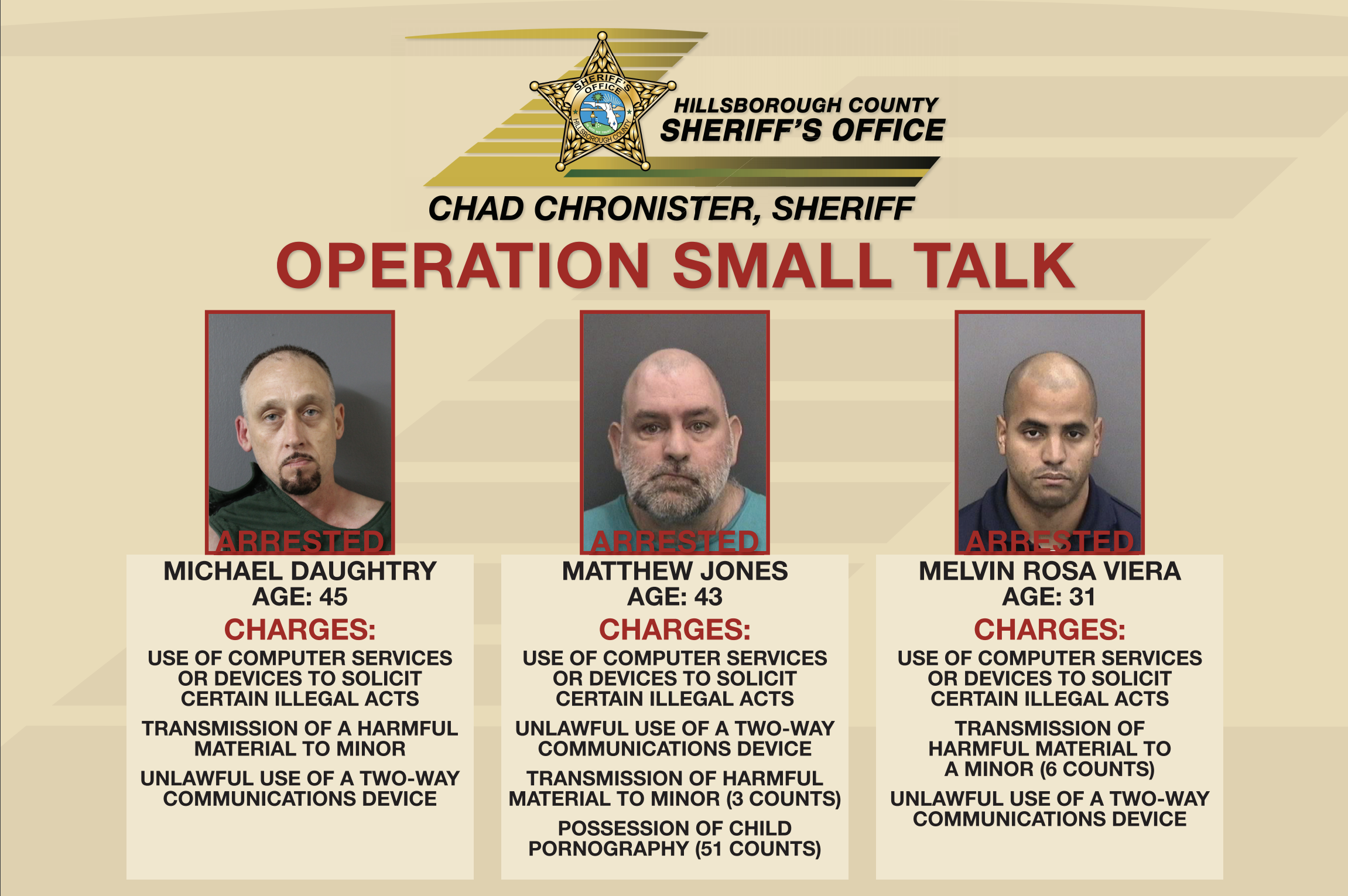 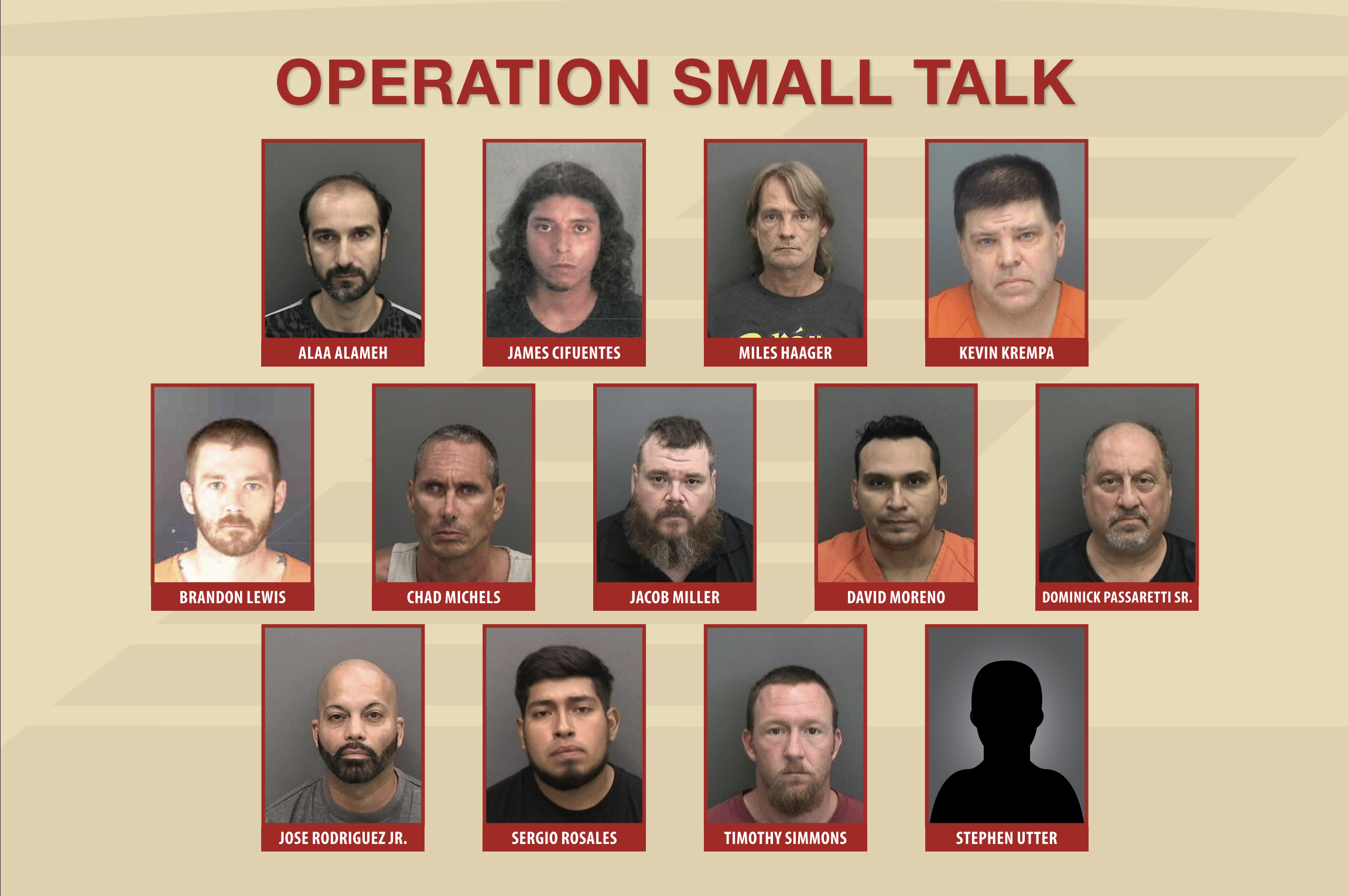