The Hillsborough County Sheriff's Office investigated 17 cases of illegal dumping during the month of July. This resulted in five felony arrests.

Within the first full week of July, three men were arrested for Felony Littering.

On July 7, 2020, a concerned citizen reported illegal dumping in the area of West Dr. Martin Luther King Jr. Boulevard and South Parson Avenue in Seffner. The citizen witnessed two suspects driving in a truck, pulling a trailer field with furniture, couches, televisions and plastic materials. The suspects stopped the vehicle near a large dumpster, which was almost completely filled. They removed the tie-down straps, and at this time, the property manager confronted the two men, who drove away. 174 cubic feet of debris fell to the ground behind them and deputies were called to the scene. The HCSO Environmental Enforcement Unit was able to obtain video of the incident and later identified the two suspects as Jessie Howard, 26, and Allyn Morrison, 36. Morrison is a convicted felon. The two men were charged with Felony Littering.

In that same week, another suspect was seen illegally dumping on July 9, near the intersection of Edina Street and Aley Street in Wimauma. Again, the suspect was driving a truck to haul furniture, boxes, styrofoam, tree debris and plastic materials. The suspect, identified as Carlton Williams, 59, illegally dumped 506 cubic feet of materials. Through investigative means, the HCSO Environmental Enforcement Unit identified Williams' vehicle and an arrest warrant was obtained. Williams was arrested for Felony Littering.

"Any amount over 100 cubic feet dumped is considered a felony here in the state of Florida," said Sheriff Chad Chronister. "I want to thank our Environmental Enforcement Unit for their diligence in identifying and locating these individuals who are illegally dumping on or near roadways in Hillsborough County."

Under Florida State Statute 403.413, it is illegal to dump, discard, place, throw, dispose, or deposit any rubbish, waste, or trash onto any property (private or public) without consent. Fines associated with Felony Littering can cost an offender anywhere between $100-$500. Restitution payments are also typically issued to cover the cost of the investigation and proper disposal of the debris illegally dumped.

There are several locations in Hillsborough County where citizens can dispose of appliances and other items they no longer need or want:

In addition to these locations, there are Community Collection Centers around the county which can be utilized by citizens for disposal. For more information, please visit www.hillsboroughcounty.org. 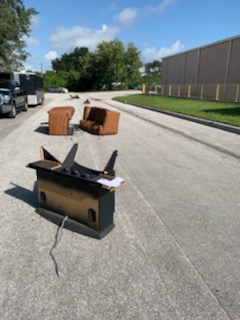 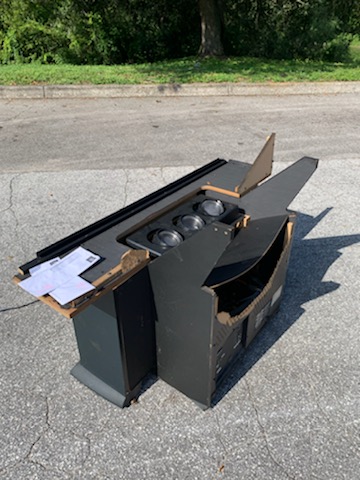 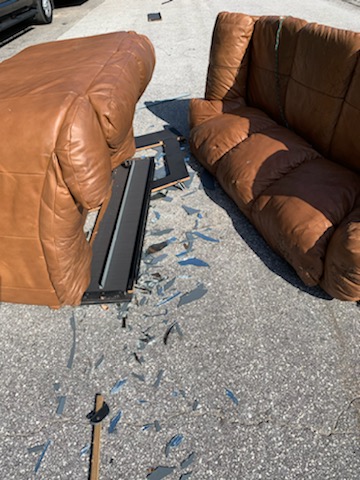 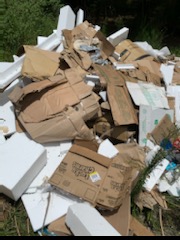 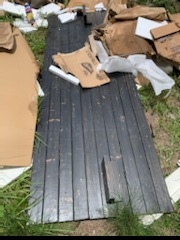