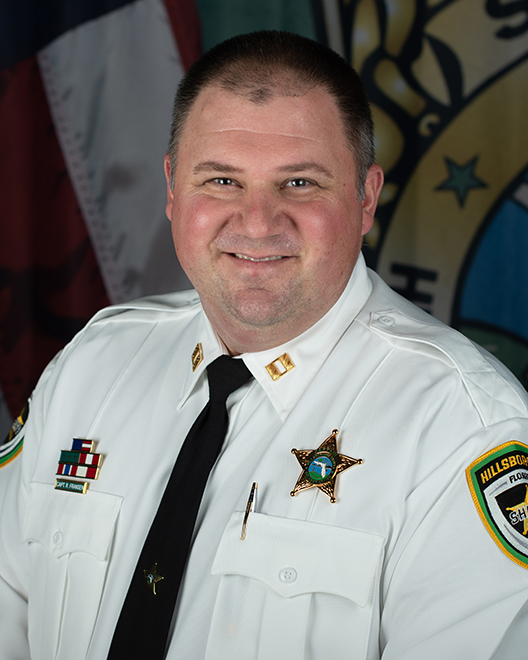 Captain Robert Fransen was born in Chicago, Illinois and relocated to the Tampa Bay area in 1990. Captain Fransen began his career with the Hillsborough County Sheriff’s Office in 2002 at the age of 20. He received a Bachelor of Science degree in Criminal Justice from Saint Leo University in 2014.

During his career, Captain Fransen has worked several different positions at the Falkenburg Road Jail and has held various supervisory assignments within the Department of Detention Services; to include Administrative Sergeant and Shift Commander.

Captain Fransen has been married for 12 years and has two adolescent children.