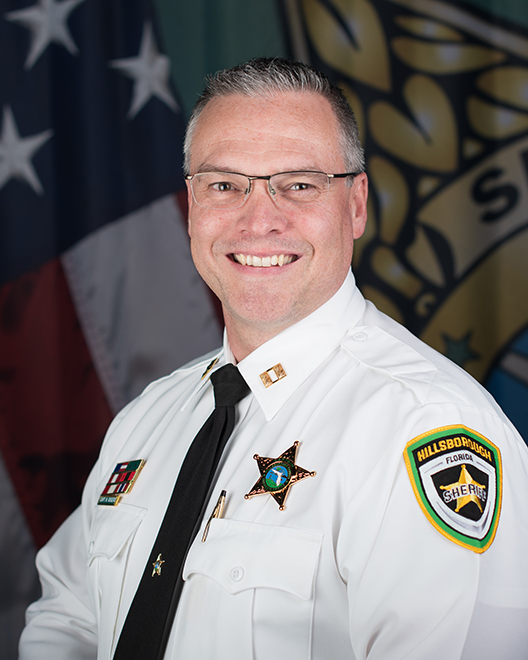 Captain Rogers began his career with the Hillsborough County Sheriff’s Office in 2008 and was recently assigned to the Department of Detention Services as Jail Division II Deputy Division Commander. He has been married for 24 years to his wife Jennifer, and together they have four children. Three boys and one girl. His oldest son Jayden recently followed in his footsteps and joined the Department of Detention Services as a deputy.

Prior to his law enforcement career, Captain Rogers spent eight and a half years as a youth and associate pastor in both North Carolina and Kansas. He has a Bachelor of Arts Degree in Christian Missions from Bob Jones University and a Master of Arts Degree in Pastoral Studies from Heart of America Seminary. Captain Rogers is also a graduate of the Southern Police Institute’s 84th Command Officer’s Development Course.

Captain Rogers has a passion for teaching and mentoring others and has thoroughly enjoyed giving back to the agency by utilizing his gift as an instructor. As a certified FDLE instructor, he has had the privilege of teaching Detention Academies, General Instructor courses, and Annual In-Service courses for both Detention and Law Enforcement deputies and supervisors.