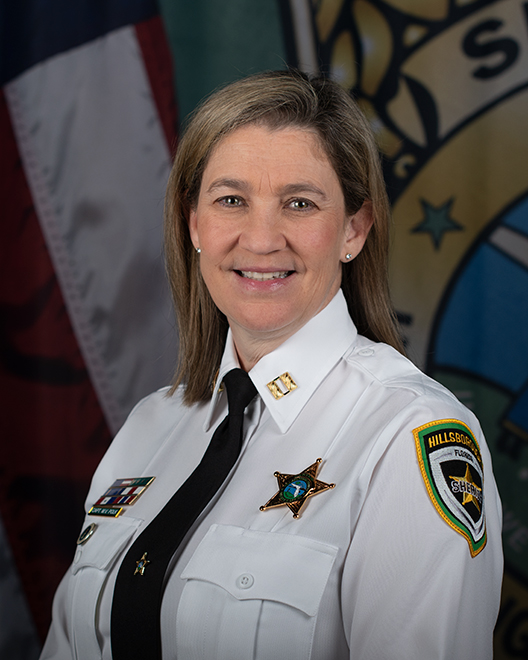 Captain Michele Polk is the Deputy Division Commander of the Training Division. She is a native Floridian, born in Miami and raised in Gainesville.

Captain Polk began her career with the Hillsborough County Sheriff's Office in 1999. During her career, she served as a Deputy in Patrol, a Community Resource Deputy, a Property Crimes Detective, a Street Crimes Corporal, a Field Training Corporal and Sergeant, a Civil Process Corporal and Sergeant and Training Division Lieutenant. She proudly served as a Crisis Hostage Negotiator for over 10 years and earned the distinction of Assistant Team Leader prior to passing the torch to the next generation of negotiators. She is one of two HCSO LGBTQ liaisons serving our community.