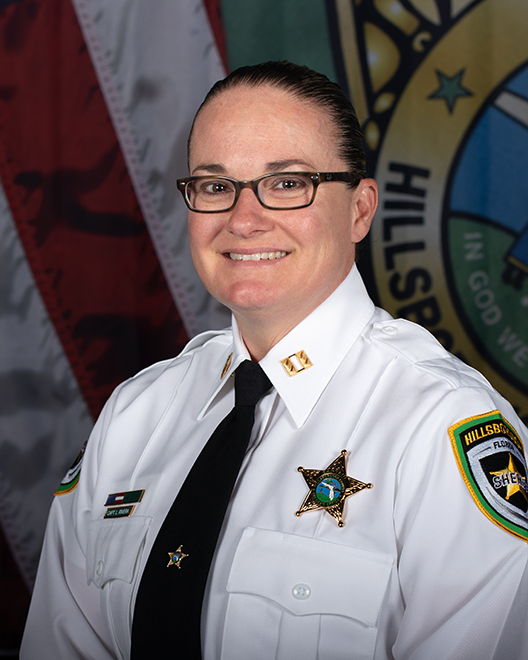 Captain Lora Rivera is the Deputy Division Commander for District III. She is a native of Kansas City, Kansas but was raised in the Tampa Bay area.  She received her Bachelor of Science degree in Criminology from The University of Tampa in 2004.  She received her law enforcement certification through the Hillsborough Community College.

Captain Rivera began her career with the Hillsborough County Sheriff's Office in 2005. She has served as a Deputy in Patrol and Street Crimes, and as a Detective in the Special Investigations Division. Before assuming her current role, Captain Rivera held supervisory roles in Patrol Districts I, II & III, to include the FTO squad, Street Crimes Unit, Economic Crimes Section, and the General Offense & Intelligence Unit.