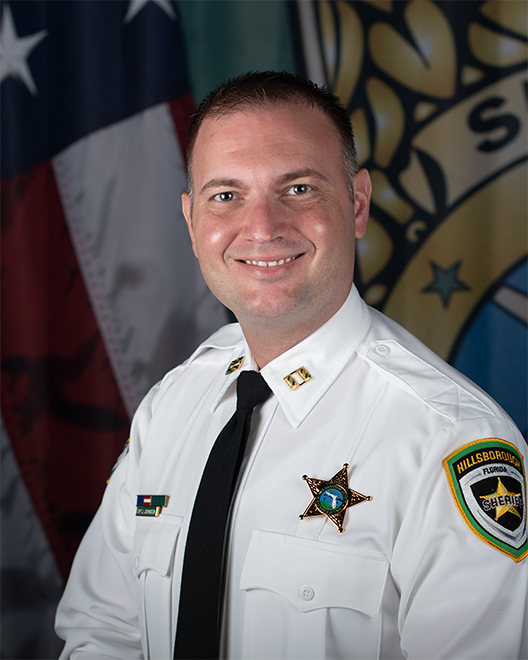 Promoted to Captain in March of 2022, Captain Justin Johnson is a Deputy Division Commander assigned to Jail Division II.

Captain Johnson began his career with the Hillsborough County Sheriff’s Office in 2002; serving as a deputy and Field Training Officer in various areas within Jail Divisions I and II. Captain Johnson was initially promoted to a leadership position in 2012. Captain Johnson has been assigned to several specialized supervisory roles and has twice been part of a unit recognized with the Outstanding Squad Award. In 2012, shortly after being promoted to corporal, Captain Johnson was assigned to supervise the courthouse during the Republican National Convention. As the Administrative Corporal for the Department of Detention Services, he participated in the 2016 Hillsborough County Sheriff’s Office Continuity of Operations Plan (COOP) drill and supervised the Detention Security Team.

Captain Johnson was born in Canton, Ohio but raised in Lithia. He holds a Bachelors degree in Public Safety Administration from St. Petersburg College.

Captain Johnson has been married for more than 17 years to his wife Alexis and they are the proud parents of Benjamin and Tyler.