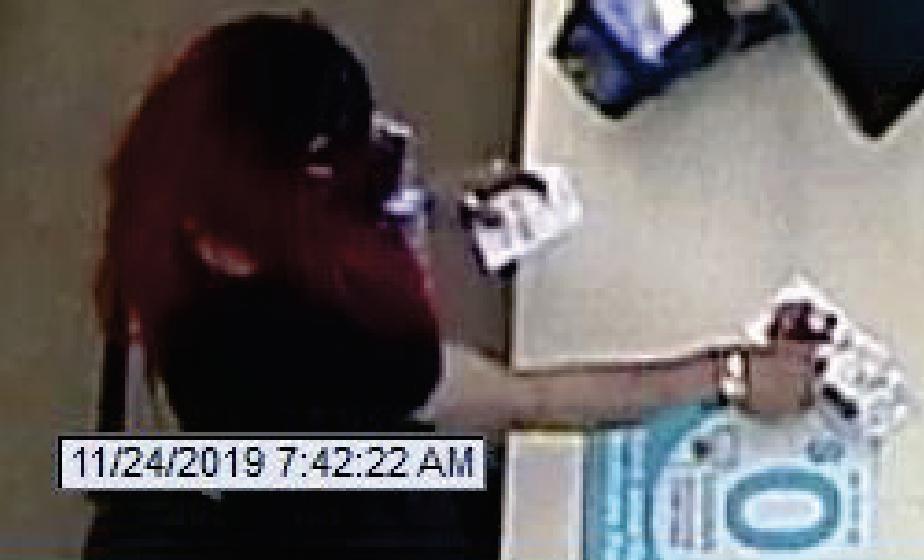 During the early morning hours of November 24, 2019, unknown suspect(s) entered the victim's unlocked vehicle and took a wallet with debit and credit cards, cash and other miscellaneous items.

Later that morning, at the Walgreens located at 11115 Dr. Martin Luther King Jr Blvd. E. in Seffner, a white female suspect was seen on surveillance video attempting to use three of the victim's stolen debit and credit cards for $373.30, but was unsuccessful. The following day on November 25, 2019, that same female suspect was seen on a security camera using another victim's credit card from a separate theft case.

This suspect was seen being dropped off in a tan/beige Kia Soul. Detectives believe the vehicle could be a Lyft.

The female suspect was seen wearing jeans, a short sleeve black t-shirt, sandals and carrying a black messenger back. She is approximately 25-40 years old, 5'5"-5'7" tall, medium to large build, and has black hair, with her ends dyed bright red (possible extensions). 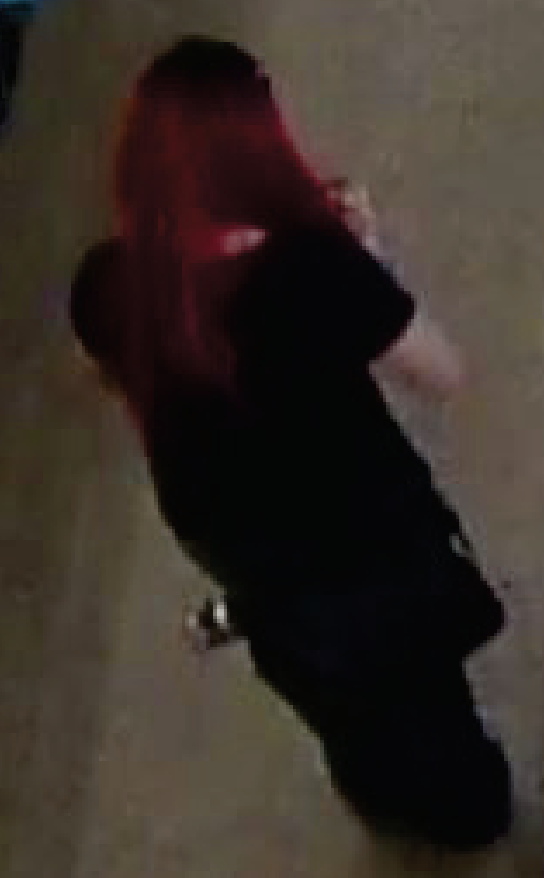