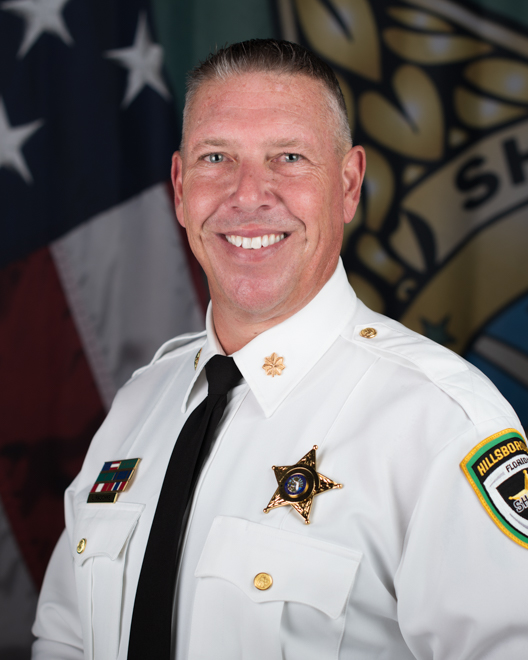 Major Geoffrey Harris is an 18-year law enforcement veteran. Major Harris is a native of Florida and a graduate of Saint Leo University with a Bachelor of Arts degree in Criminology with a concentration in Homeland Security.  He received his law enforcement certification through the Florida Keys Police Academy in 1999.