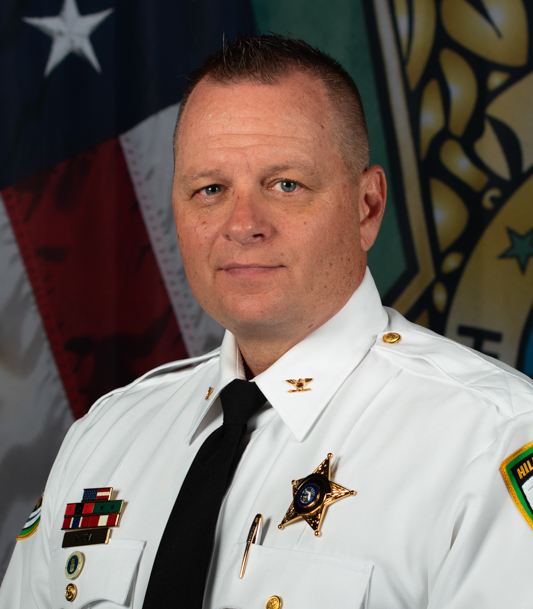 Colonel Ura is a 25-year law enforcement veteran, having begun his career at the Hillsborough County Sheriff’s Office (HCSO) in 1997. He has served in the patrol and motor units, and as an undercover narcotics detective. After serving with Florida Department of Law Enforcement (FDLE) for nine years, Colonel Ura rejoined HCSO in 2011. He served as the Criminal Investigations Division Commander from 2012 to 2018 and the District IV Commander from 2018 to his promotion to Colonel in 2020.

Colonel Ura is a proud veteran of the U.S. Air Force and a graduate of Ball State University. He is also a graduate of the Southern Police Institute’s 136th Administrative Officers Course and FDLE’s Foundational Leadership Course.