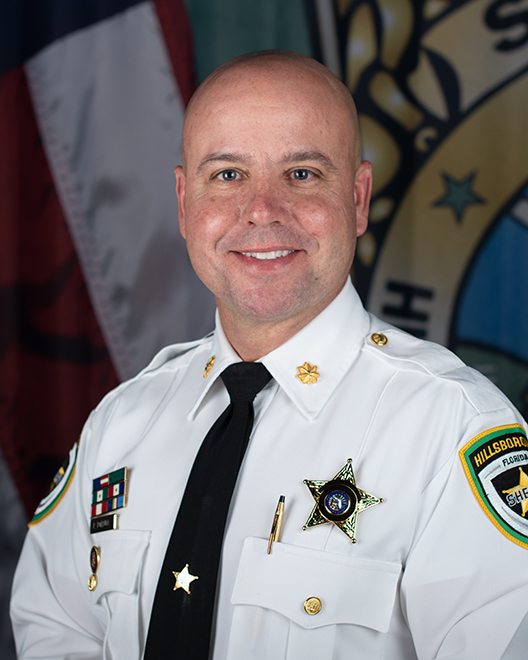 Major Roebuck was born and raised in Hillsborough County and started his career in law enforcement with the Hillsborough County Sheriff’s Office in 1997 as a patrol deputy in District 1. Throughout his career he has worked a variety of assignments to include: DUI Enforcement, Street Crimes, School Resource, Professional Standards, Criminal Investigations Division and the Training Division. Major Roebuck also served as a member of the SWAT Team.

Major Roebuck currently serves as the commander of District II. He is a veteran of the United States Marine Corps and has a Bachelor of Arts Degree in Criminal Justice from St. Leo University. Major Roebuck completed the Florida Department of Law Enforcement's Senior Leadership Program and is a graduate of the FBI National Academy's 277th Session.