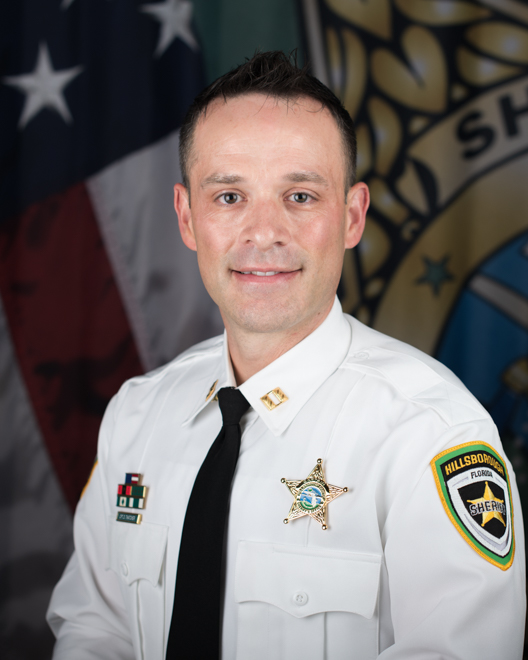 Captain Lee Raschke is the Deputy Division Commander for District IV. Captain Raschke is a native Floridian. He received his Bachelor of Arts degree in Criminal Justice from Saint Leo University in 2007. He is also a Florida State Certified instructor for the Criminal Justice Standards and Training Commission.

Captain Raschke began his career in law enforcement in 1993 with the Plant City Police Department, where he achieved the rank of Detective before joining the Hillsborough County Sheriff’s Office in 1997. He was a Patrol Deputy, Field Training Deputy and School Resource Deputy, prior to being promoted to the rank of detective in 2001. Captain Raschke spent thirteen years of his career investigating crimes against children, followed by a year assigned to Professional Standards. He has held supervisory positions within the Patrol and Criminal Investigations Divisions.

Captain Raschke and his wife Mandy, have two young children and one adult child.