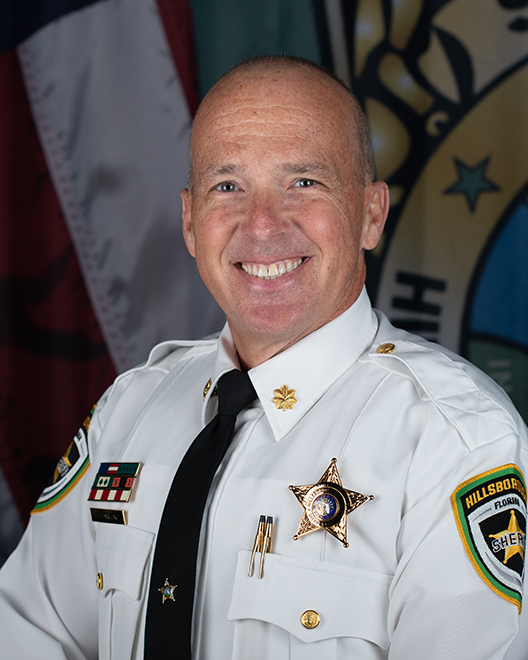 Major Darrin Barlow is a 28-year veteran of the Sheriff’s Office. He was born and raised in Tampa and has resided in Hillsborough County his entire life.

Major Barlow began his career as a detention deputy before transitioning to a patrol position. In patrol he served as a deputy, field training officer, motor unit and traffic homicide investigator. He has held supervisory positions in patrol and the field training program at each rank during his career. He has also served as a supervisor for the Traffic Unit, Internal Affairs, Communications Bureau, and the Investigation and Operations Bureau.

Major Barlow has a Bachelor of Arts in Business Administration and a Master’s Degree in Criminology from the University of Saint Leo. He completed the Southern Police Institute’s Police Executive Leadership Graduate Program in 2013.