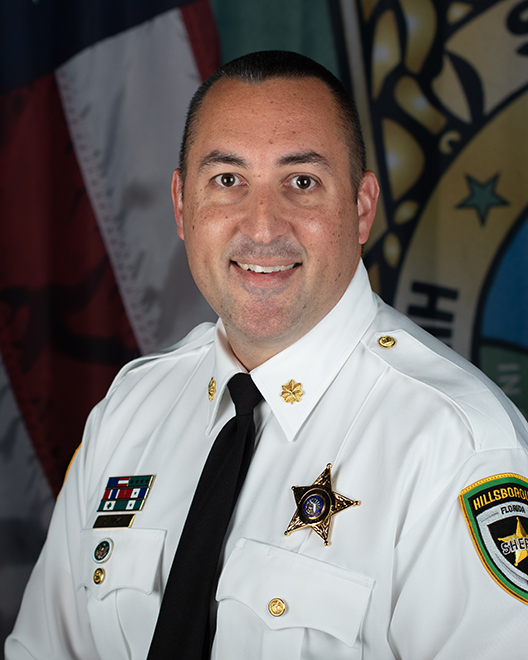 Major Timko was born and raised in Warren, OH. He is a veteran of the US Army, where he served until 1999 as an infantry soldier and member of the Old Guard in Arlington, VA.

He was hired by the Hillsborough County Sheriff’s Office in 2000, where he patrolled the streets of District III. Major Timko spent the majority of his career serving as a member of the SWAT team, eventually serving as the SWAT team leader. He has worked a variety of assignments including detective, Recruitment and Screening, General Offense, Homeland Security, and served as the deputy division commander for the Criminal Investigations Division until being promoted to Major.

He earned a Bachelor of Arts Degree and a Master of Science Degree in Criminal Justice from Saint Leo University and is an active member of the Tampa Kiwanis club.