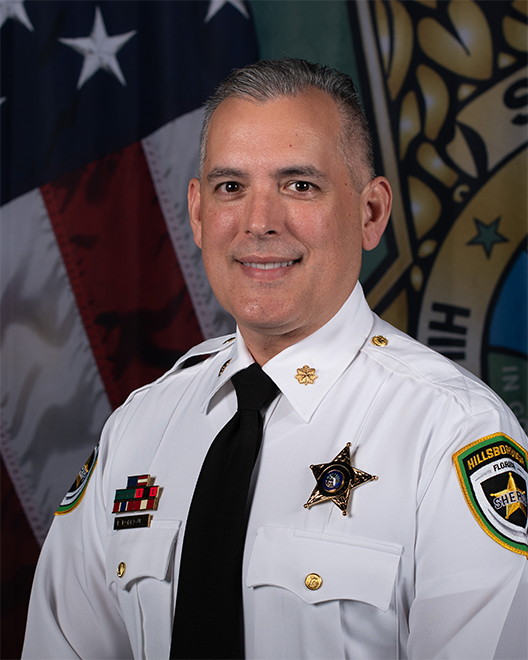 Major Chris Baumann started his career with the Sheriff’s Office in 1998. He was born and raised in Tampa and has resided in Hillsborough County his entire life. He is married, has one son, and is an FAA licensed pilot.

Major Baumann has served as a deputy, field training officer, narcotics detective, and Internal Affairs detective. Before being transferred to Jail Division III as the Deputy Division Commander, Major Baumann has held supervisory positions in Patrol Districts I, II, III & IV, the Homicide Section, and the Special Investigations Division. In 2007, he was awarded the HCSO Silver Cross Award and was named the Florida Narcotics Officer of the Year after being shot in the line of duty.

Major Baumann has a Bachelor of Arts in Criminal Justice from Saint Leo University and a Master’s of Science Degree in Criminology from the University of Louisville. He completed the Southern Police Institute’s Police Executive Leadership Graduate Program and Administrative Officers.